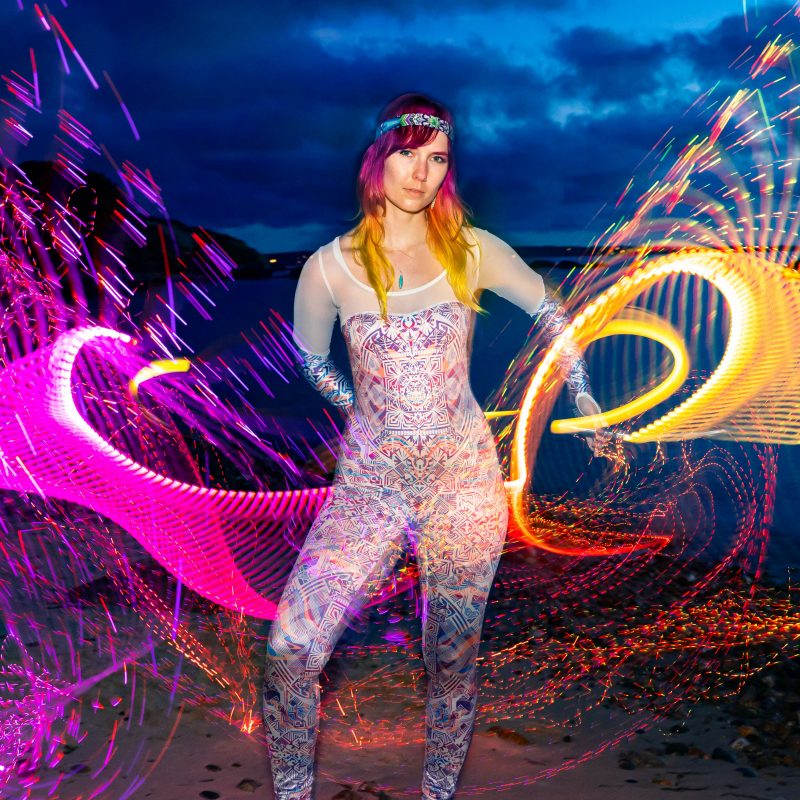 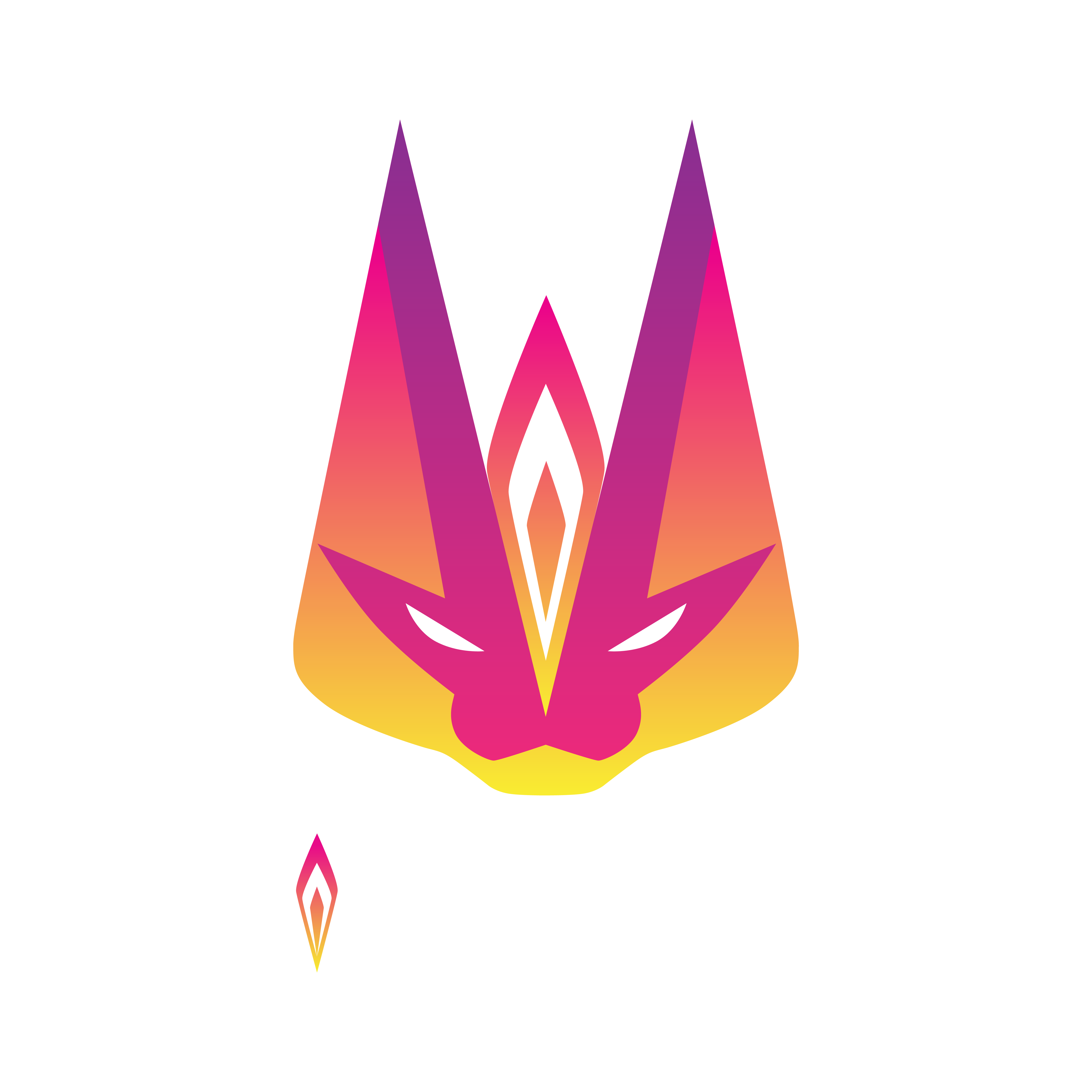 Firecat aka Jacquelin Frank grew up in the beautiful, quiet cow town of Groton, MA, running through the woods, imagining she was all types of strong and magical beings. She began her creative journey when she was just old enough to pick up a crayon.

Graduating from RISD in 2010 with a BFA and major in illustration, she worked as a vector art illustrator and animator in the gaming industry for 3 years. Feeling burnt out on drawing and painting, she turned to other forms of artistic creation to fuel her fire for about 6 years. With her basic knowledge of sewing learned from helping her mom make her and her brother halloween costumes as kids, Jacquelin began designing and creating her own costumes to wear to shows and festivals.

On her journey into the festival scene, Jacquelin discovered a love for DJing as well as the flow arts. She picked up a light whip in 2016 and after releasing the first tutorials on YouTube, she eventually founded the first active and largest light whip community, Dancing with Lightning on Facebook, where members could share knowledge and further the art form together! It was at this point she met Peyton Guess aka Queen Peyote, one the first people who also heavily influenced the growth of the light whip and who joined her community on Facebook. She later on developed the first light whip flow arts team.

During all of this discovery, Jacquelin was working a full time job as a Lead User Experience Designer for a healthcare IT company. To follow her dreams and someday leave the corporate realm and share her art with the world through her own company, Jacquelin and her partner John Moore founded Starborn Apparel. Now she is working on her creative vision and spreading her flame, as well as combing her passions by designing apparel specifically for light whipping. 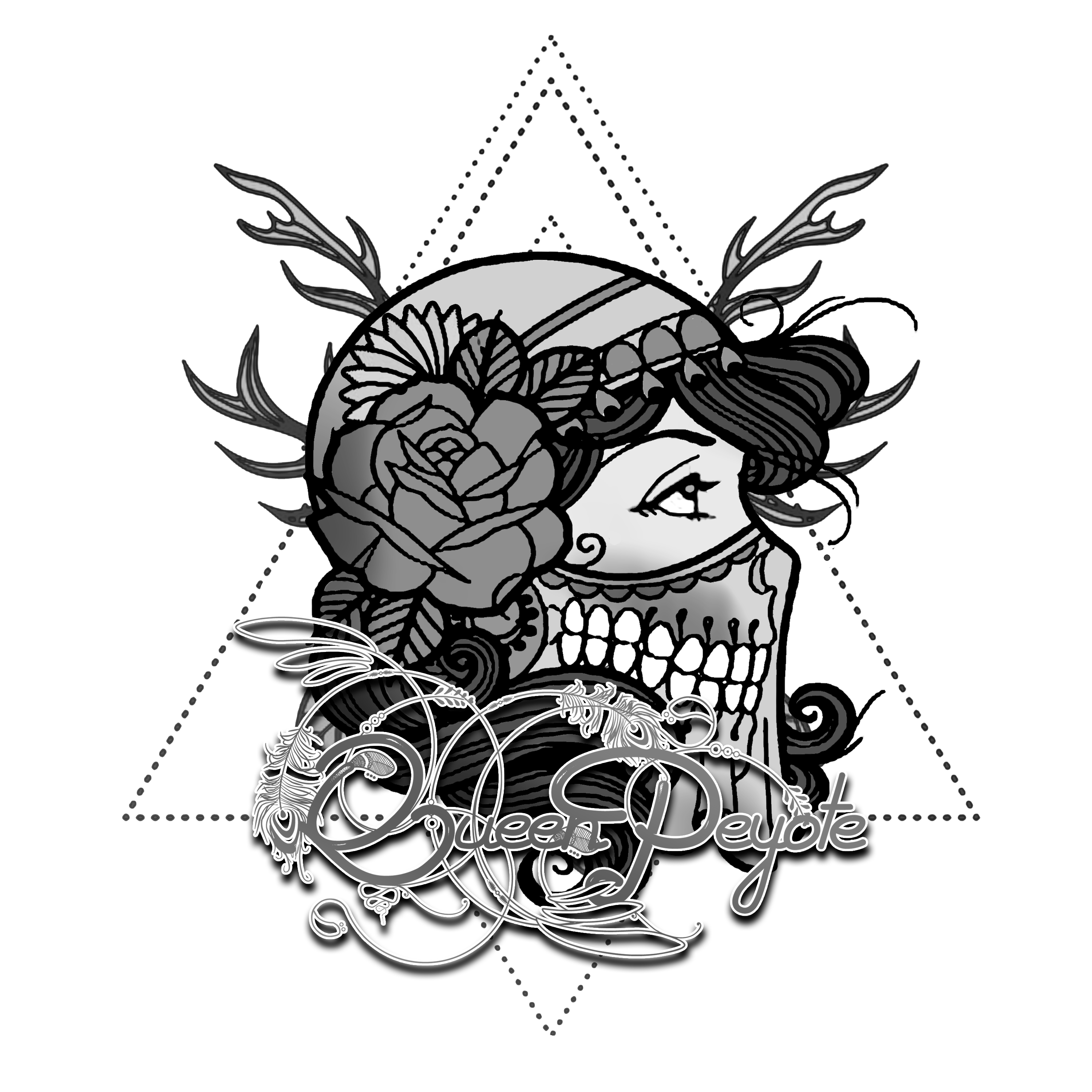 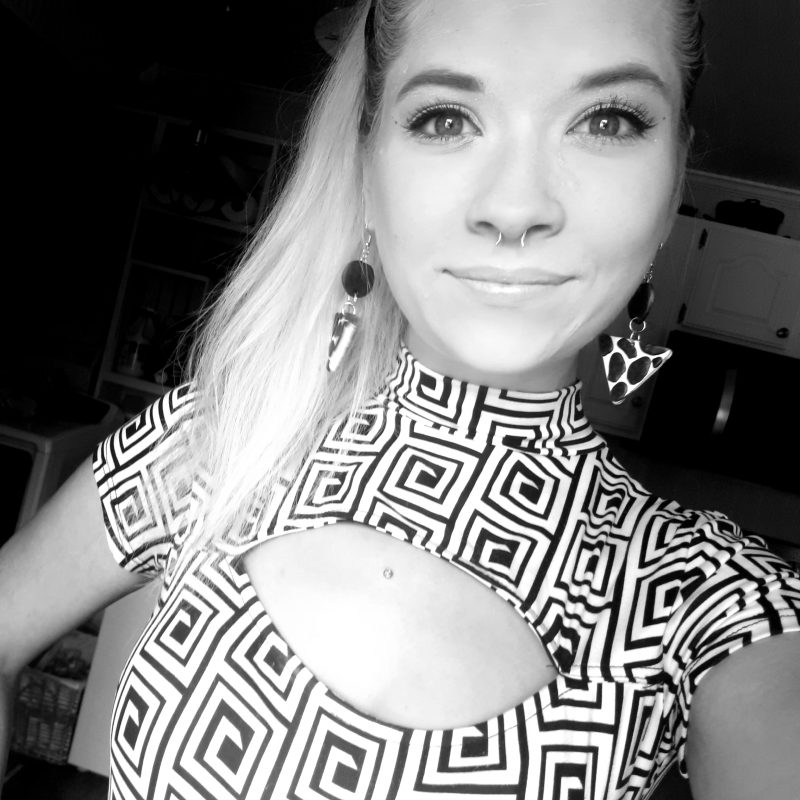 Queen Peyote aka Peyton Guess grew up in the rural area of Mexico, Ky. She was surrounded by animals and nature on her parents farmland. From a very young age, Peyton was taken with the mysticism around her; daydreaming, dancing, and singing  while hiding away on the property was her favorite thing to do. By the age of 7, she was fascinated with greek gods, the stars, aliens and music. Peyton’s life has since been immersed in music and the stars ever since.

Peyton got into the electronic music scene in 2015 and was “gifted” her first flow toy one year later. This opened many avenues for her creatively and sparked passion within her to start learning more deeply about her childhood fascinations. Being given a flow toy ultimately helped her start understanding her struggles of mental illness and chronic pain. After seeing how much flow and the arts had improved her life, she wanted to share that blessing with everyone.

Once meeting Jacquelin, she had a direction in which she could more effectively reach people that wanted to learn and grow with her about these concepts.

In 2017, Peyton started a company called TriTone Productions; once again being called to start diving into her creative mind and expanding her forms of expression. This is when she started working on what she calls “portal scapes” (which are meditative renderings in which have specific intentions through color, line work and pattern to create an immersive experience for the viewer to dive in and hopefully ponder about these ideas subconsciously), so that she could make flyers for the shows she was throwing. Over time she realized this was so much more for her than just making a flyer, but she only started releasing art (as its intended purpose) in 2020.

Peyton’s message is very simple: we are here to heal, create, share our knowledge and support of one another through love.  To be pursuing that with the Starborn Collective, Quasar Festival, the Dancing with Lightning and Lightning Mage communities has been a dream for her that she never knew she wanted but found a deep sense of belonging and purpose within. 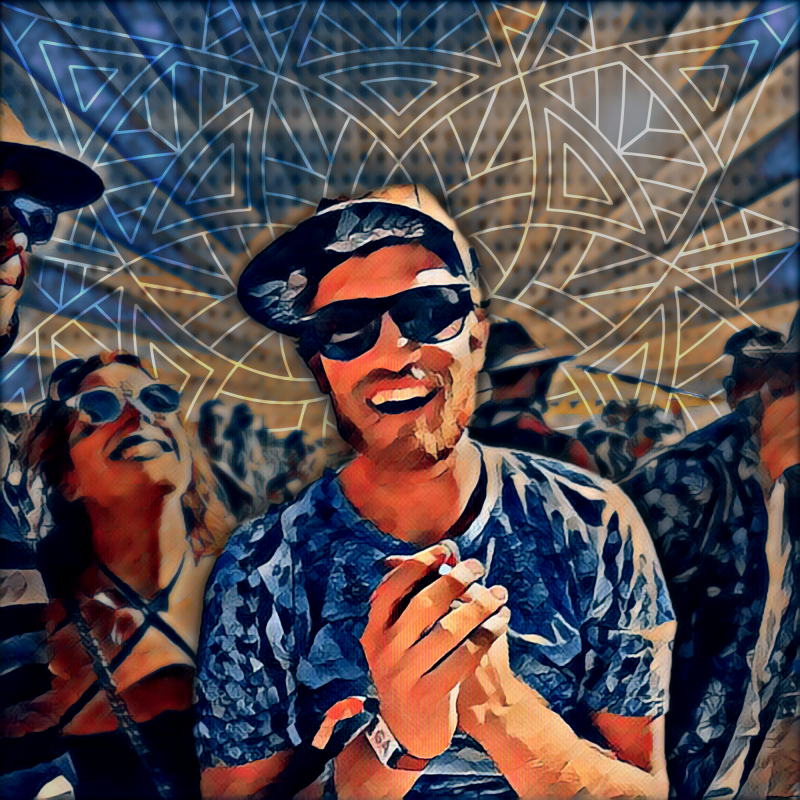 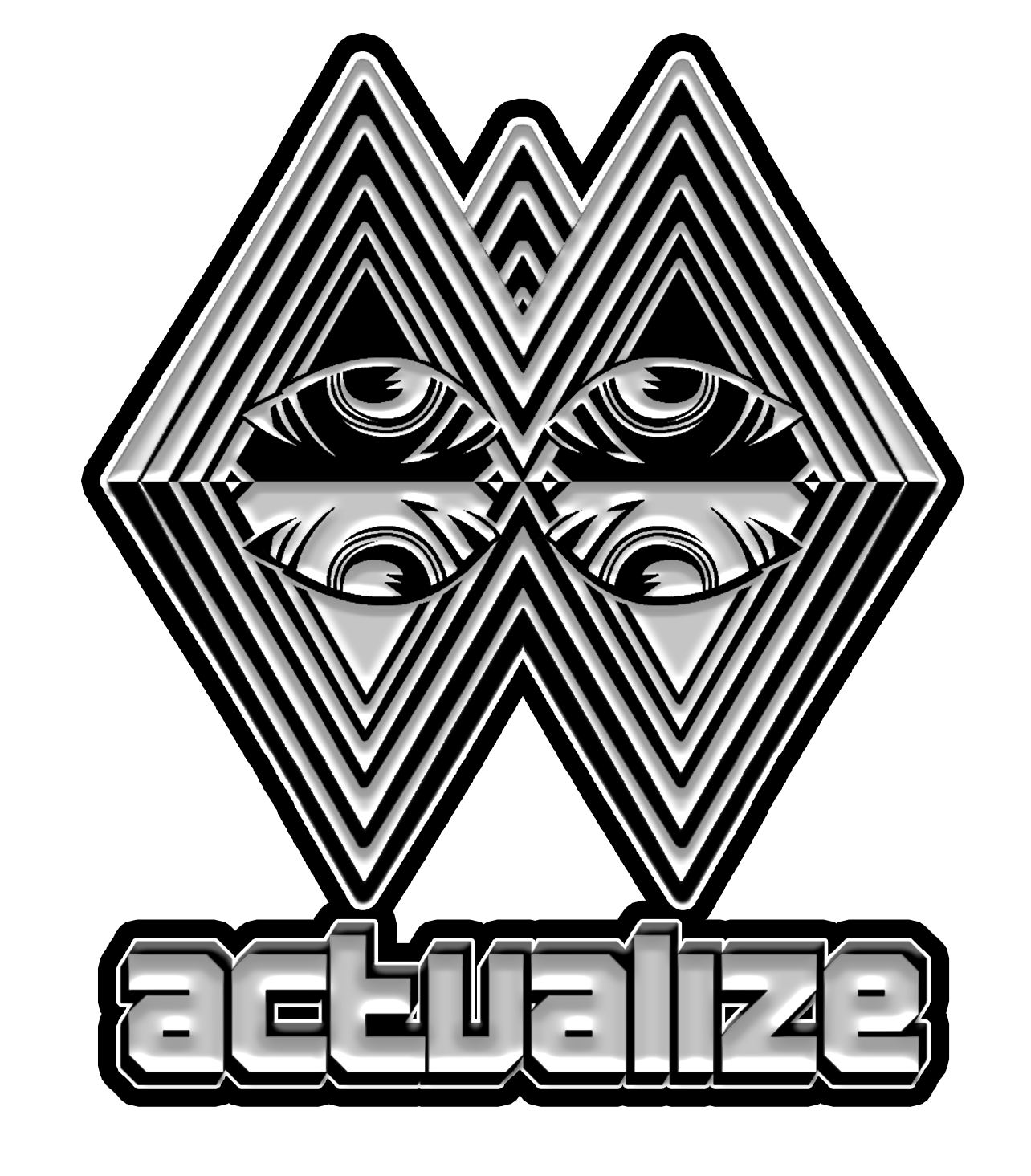 Actualize aka David Schunemann grew up in Southern NH where his fascination with computers and digital graphics began. Spending much of his time as a child playing with his parents old computer, he learned the ins and outs of the operating system at a young age and was browsing the internet, playing games, creating digital drawings in paint, and designing rudimentary games before even upgrading to Windows 95.

His passion for computers continued into his adolescence, culminating in his decision to attend Daniel Webster College with the dream of becoming a game designer, and graduating with a Bachelors in Computer Science. Throughout his time in college, his interests and passions changed, and by the time he graduated he no longer wanted to work in the gaming industry, and decided to keep gaming as a hobby and go into the software engineering workforce as a back-end developer at a database integration company.

During his time working as a software engineer, he discovered the festival scene beginning with Mysteryland in 2016 and instantly fell in love. Immediately upon returning he was looking for other festivals and booking tickets, and has been traveling, making new connections, and being constantly inspired ever since. One of the biggest draws for him, alongside making new friends who shared his love for music and art, was the incredible stage production that these festivals had. He was completely entranced and enamoured with the intricate stage designs, visuals, and projection mapping all which moved and changed in synchronization with the music. At the time he had never seen anything like it, and it completely changed the way he saw the world and thought about what was possible using a computer.

In 2017 he decided to become a part of the magic, launching Actualize Visuals where he offered live video mixing and stage design. This started on a small scale with local shows, and eventually led to working with festivals to design stages and manage other VJs and visual artists. In 2020 he has become known for his projection mapping projects, where he maps out  structures like houses and bridges to turn them into large scale moving art installations.

In addition to creating live visual art for projectors and LED walls, he creates unique experimental effects based digital art that he both remixes into his visuals and releases in the form of prints and apparel. He is always learning new software and tools that allow his art to be constantly evolving, and we are very excited to have him join the Starborn team!